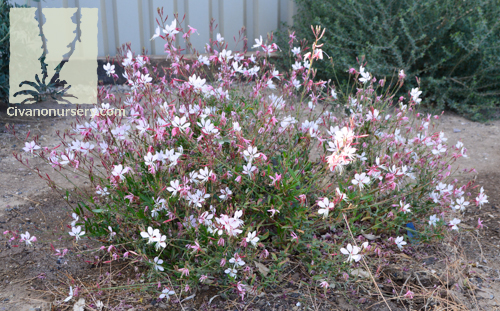 Discovered and named by Ryan Adams, one of our star employees, this selection of the ‘Pink Cloud’ Gaura is a spectacular new introduction that has a lengthy blooming period and sturdy, upright habit. Since its discovery in 2009, ‘Mr. Liko’ has impressed us each year with a barrage of blush pink flowers that flutter above the plant’s attractive reddish foliage from early spring until the first frost. Like its parent ‘Pink Cloud’, ‘Mr. Liko’ has an open, rounded form that stays tight; it won’t fall apart like other Gaura hybrids are prone to do. This tough Arizona native tolerates poor, infertile soils, and is extremely drought and heat tolerant.
Height: 2 – 3 feet
Width: 2 – 4 feet
Bloom color: Blush Pink
Flowering season: Spring, Summer, Fall
USDA minimum zone: 7
Cold hardiness: 10° F 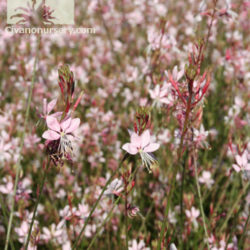 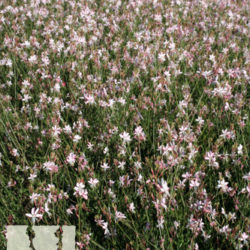 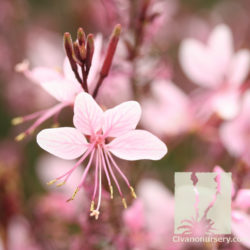 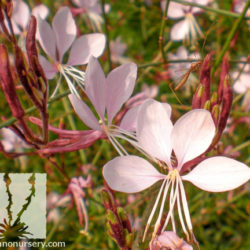 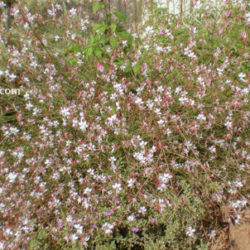 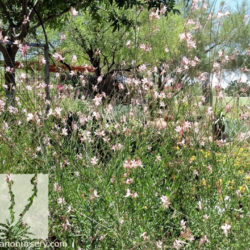 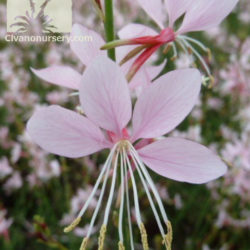 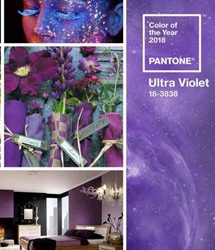 Recommendations
Recent Facebook Posts
Give the Gift of Gardening!
Is there someone special in your life who loves to watch things grow? Give them a gift that grows: a Civano Nursery Gift Card.
Go to Top